“Let me look on you with my own eyes”

Live Event Video Production: Leave it to the Professionals

During my career, I’ve been to several live events from conferences, expos and music concerts. Both for business and pleasure. I love live music gigs and most of us have been to a good wedding.

However with the increasing improvement of camera phones, there is something I have noticed in the past few years. People are recording and photographing everything they see throughout the main event. Now this may be the culture that we live in now, but as a professional creator of images it really starts to niggle at me.

Live events are very different from watching a film or TV show or listening to music in your bedroom. It’s about absorbing the atmosphere using all of your senses. Seeing the passion of the band members as they perform on stage. Watching people tying the knot and the emotions on their faces as they say their vows. Smelling the food on the buffet table at the reception and hearing the feeling as a singer belts out a long note. The clue is in the name, it’s a live event, it’s about feeling alive with your body’s senses. Now ask yourself, do you really want to experience this “live” event through the screen of a mobile phone? And do you really watch these videos later on and get the same experience or even a half decent experience? With a jerky camera and crackling audio? 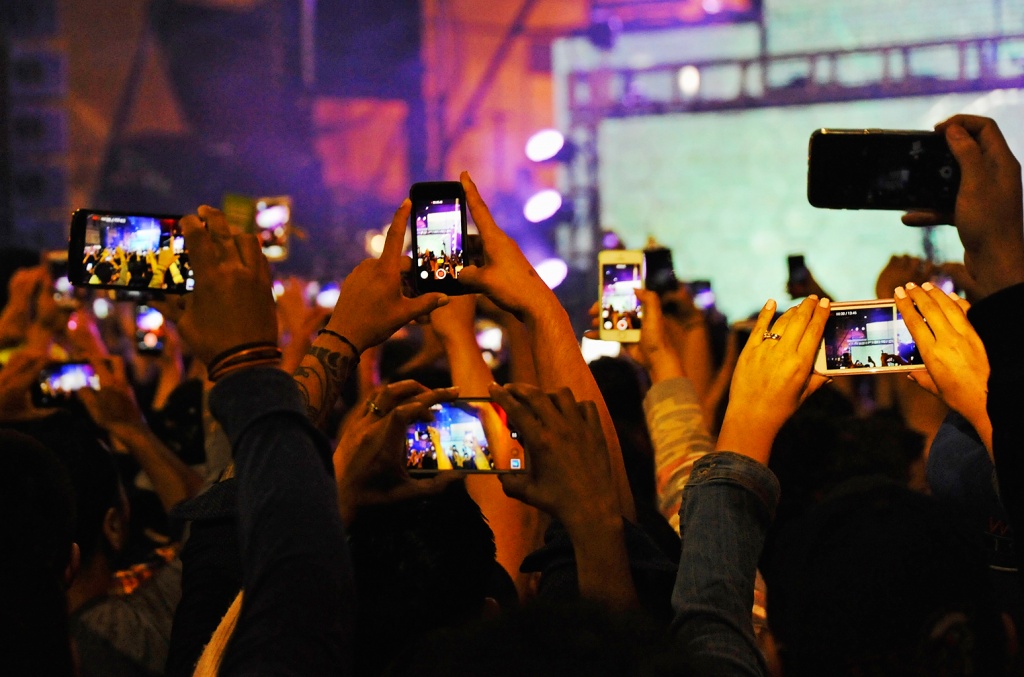 Did you notice the professional?

I’ve been to gigs where the person in front of me has filmed the entire band’s set on their iPad, blocking my view of the stage. Now is this person actually absorbing the show by watching it through their iPad? Are they actually going to bother watching that video back later on after the show? Will the audio quality on the clips be any good recorded through a small consumer microphone? I can tell you already that it will be a resounding no.

I’ve also spoken to wedding photographers and videographers about the things they see at weddings nowadays. They might be trying to get a shot of the wedding guests as the bride walks down the aisle, and all they see is a sea of mobile phones with the guests blankly starring through them. Another incident I was told about was a photographer lining up a perfect shot of the bride and groom as they kiss for the first time as husband and wife, and suddenly the mother of the bride steps into shot just as they kiss, to take a photograph on her mobile phone, blocking the entire event from the camera, something that will never be able to be recreated with the same emotions again.

Now what does the wedding photographer tell the bride and groom about missing such a key moment in the event? They have paid for a professional to take photographs, so why do the guests feel the need to try and do their job for them for free? Will they honestly be able to capture a better shot on their mobile phone than an experienced wedding photographer with a £4000 camera and several £1000 lenses? Will they be able to edit together a few clips they took on their phone a create a live event video for them? 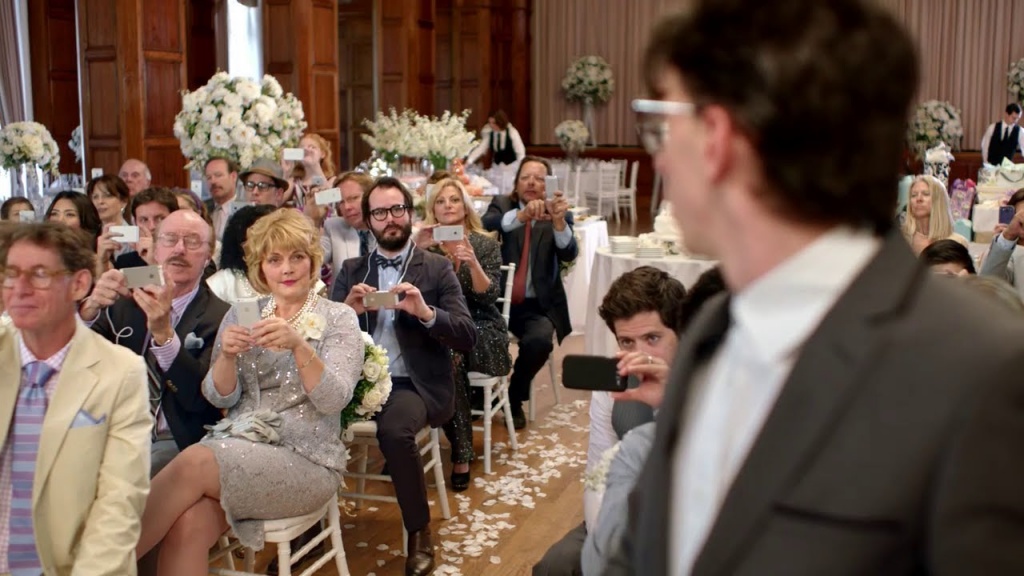 The way I see it, camera phones have allowed us to share every moment of our lives with others via social media. But while doing so, it has turned people into Darth Vader who saw the world through his mechanical suit instead of through his own body. Hence one of his last lines before he dies comes to mind. “Let me look on you with my own eyes”.

We only have one shot at life, so experience these special occasions through your own body and senses, not your mobile phone, leave the live event video production to us experienced professionals.