Gimbal Video Production, will it replace the tripod? 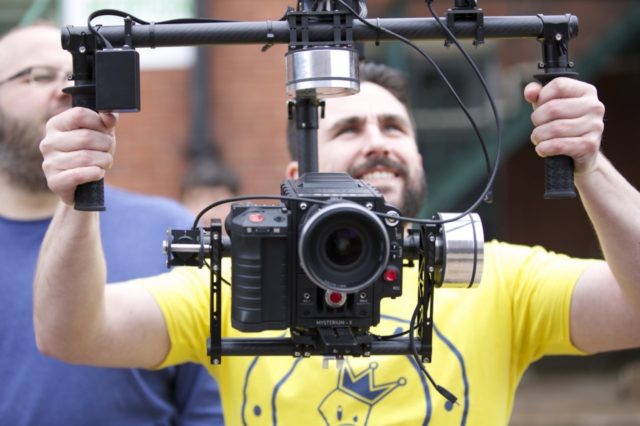 As a company that provides gimbal video production, we have seen the rise in popularity of gimbals first hand. But could this device be considered as revolutionary to filmmaking as the humble tripod?

Many video producers can point to the tripod as the tool that set them on the path to serious filmmaking. Regardless of camera or lens or codec, a properly-used, good-quality fluid head and legs can be the defining line between a professional-looking piece and an amateur one. Once video producers learn this, many of us never leave home without one. Now however, the tripod no longer alone on this pedestal.

Just as tripod affordability made unintentionally shaky video unacceptable, increasing user-friendliness and expansion of gimbals into most budget sizes has made smooth camera movement a necessary offering for any production. How the gimbal got to such a ubiquitous place, just as the positive and negative consequences of it, cannot be ignored.

From Steadicam to Gimbals – How We Got Here

The brushless 3-axis gimbals we know today are a natural extension of the Steadicam, which is itself a relatively new addition to the filmmaking landscape. American cinematographer Garrett Brown first came up with the idea of the Steadicam in the early 1970’s, but it wasn’t until the end of that decade that its implementation would be fully realised. Films like Bound for Glory, Rocky and The Shining cemented the Steadicam’s place in cinema history, untethering cameras from the tripods, tracks, or cranes they had been previously bound to. Most importantly, the Steadicam allowed video producers to begin thinking of camera movement in a different way. 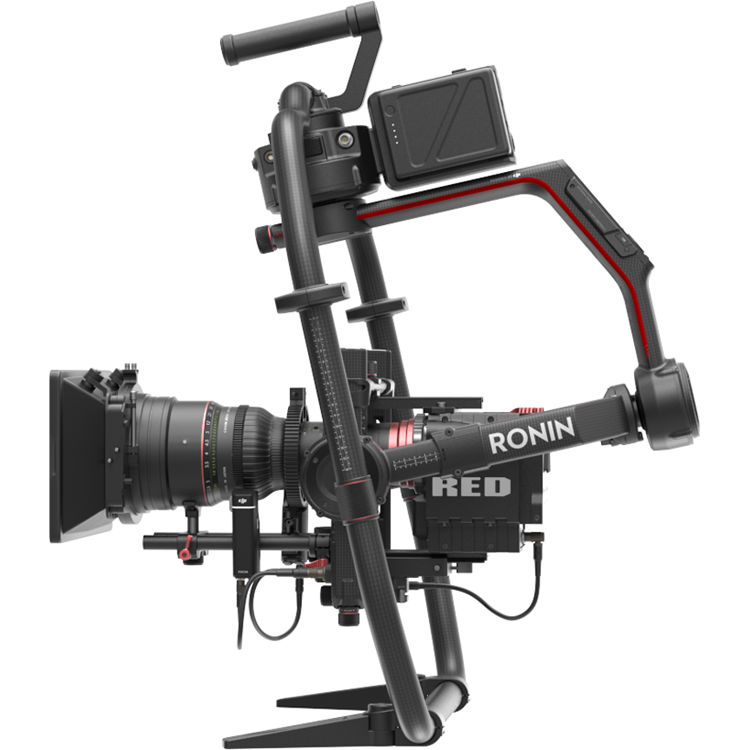 But before moving to motorised gimbals, let’s rewind a little bit. The concept of a gimbal isn’t new at all. In fact, it’s over a thousand years old. BC Greeks conceived it for pottery while Chinese inventors came up with a similar design for burning incense. Since then, gimbals have been used throughout history on everything from early navigation systems to rocket engines. 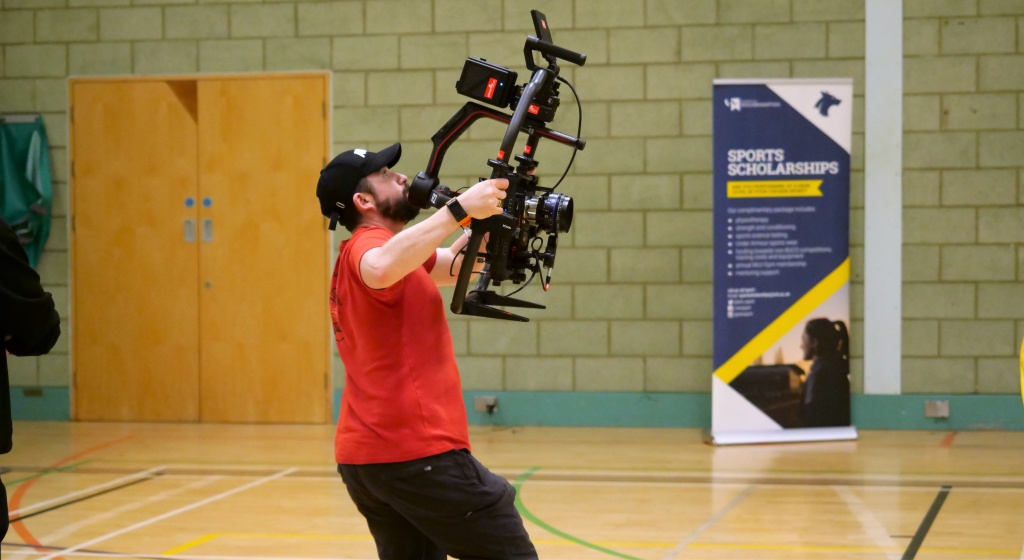 2013 is when everything changed. The MoVi M5 and M10 made brushless motorized gimbals a reality and were announced to major hype. For the first time, video producers were given access to beautiful Steadicam shots at a reduced price and with less required expertise, but MoVi was only the beginning. Rival companies began offering even less expensive gimbals in the MoVi mold. Most notably, DJI released the Ronin line, which has become the other dominant force in the gimbal video production industry.

We invested in a Ronin 2 last year and we knew we had to take it out for a test run! Summarised in the below video.

For the test, we mounted a RED Epic-W 8K with a RED Pro Prime Cinema lens and asked our production assistant to walk around in the car park. Camera operator Lou lifted the nearly 15 kilograms of equipment to shoot this short sequence. Normally you would expect a lot of shaking and trembling when you are filming with all of that weight and walking around. But just look how smooth this footage is.

We liked it so much, we utilised it in a video for one of our clients. A car detailing company called Reflections Detailing.

All of these changes, of course, are being propelled by the emergence of drones, which also use gimbal video production technology for stabilisation. Within two years of the MoVi announcement, video producers were offered truly inexpensive gimbal video production options with the DJI Osmo. Gimbal video production was now available to video producers of every budget, making it hard to avoid seeing video content that didn’t employ a gimbal in some way. From commercials to YouTube videos, the saturation of gimbals in the video market has put a premium on smooth camera movement. Even vloggers are taking advantage of being able to finally be able to walk, talk and film with ease now. 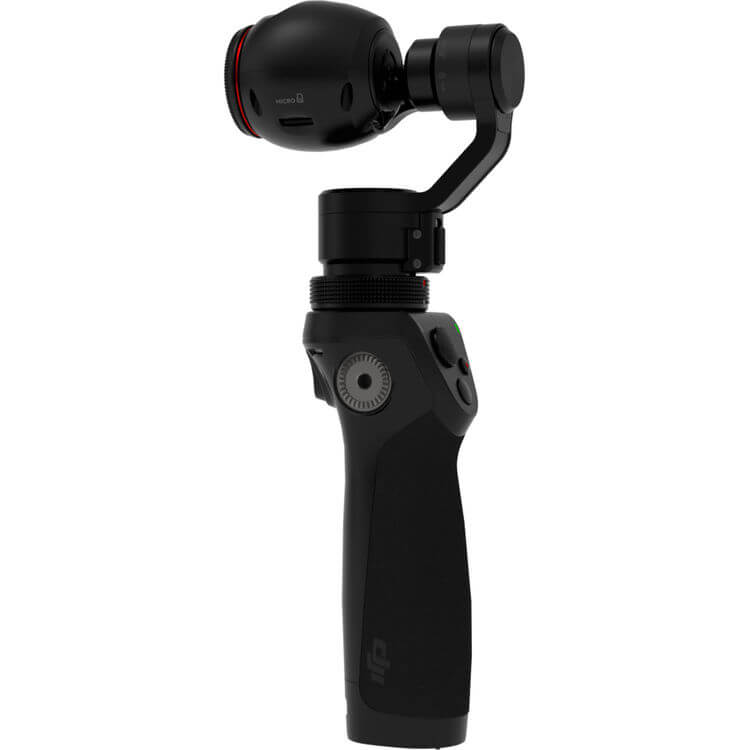 We’ve seen the skyrocketing of gimbal use firsthand. The freedom gimbal video productiom have given video producers in just a few short years is amazing. There is, however, a learning curve. Yes, gimbals are easier to operate than a Steadicam, but balancing a MoVi or a Ronin takes time and practice.

What Do We Do Now? 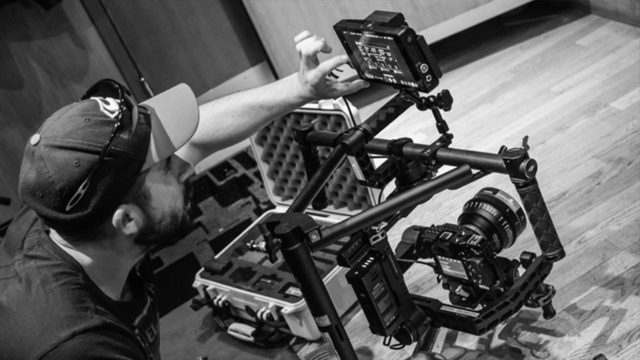 Gimbal shots are all the rage. Why wouldn’t they be? Anyone paying for video work can see what smooth movement can bring to a project. This isn’t nuanced like color science – a good gimbal shot can be flashy in a way that makes someone pause from their social media scrolling. In today’s video world, that’s worth real money. On the filmmaker’s end, gimbals can be a less-expensive way to add real production value to a limited budget. The benefits are all around.

When we say that gimbals are the new tripod, we don’t mean that they’re replacing tripods. Like tripods, gimbals are becoming a mandatory item for video producers to be familiar with and know how to use. Also like tripods, they offer a fairly easy learning curve and don’t require the kind of specialization their Steadicam counterparts did.

Finally, and most importantly, both gimbals and tripods come at such a wide price range that video producers can evolve with them. Much like a filmmaker who starts with a cheap tripod to learn framing and basic camera movement and then advances to a high end broadcast tripod for the smoothest, most perfectly-timed shots, a filmmaker beginning on an Osmo today could be ready for a MoVi in a year or so. 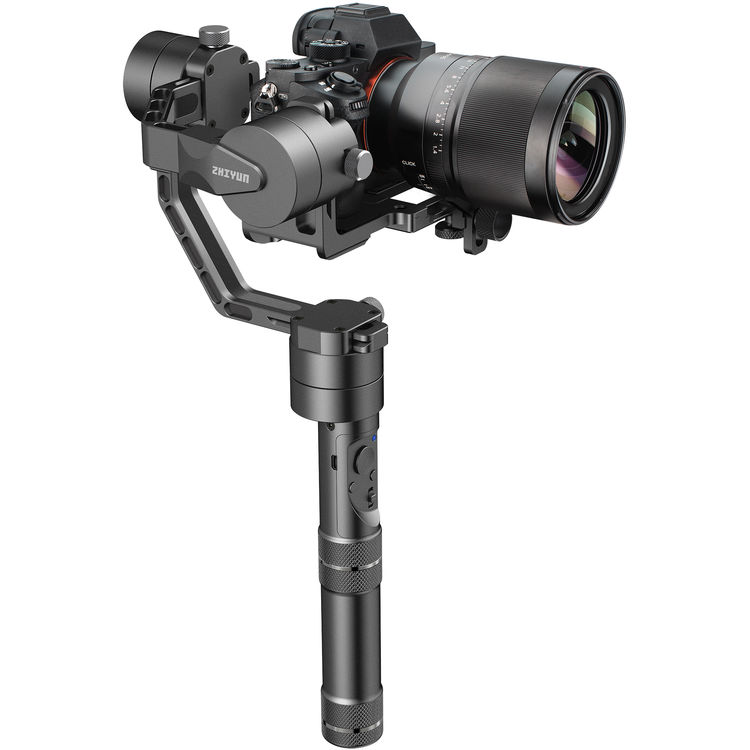 It’s also worth mentioning that, again like tripods, just because we can gimbal the hell out of a shoot doesn’t mean we should. The market is already saturated with the gimbal look, meaning that video producers still have to be good at other things. Camera motion for camera motion’s sake looks silly, and there’s an abundance of it out there, similar to the shallow depth of field craze when the Canon 5D MKII video mode arrived where everything was shot positively wide open. You still have to be a well-rounded filmmaker to make gimbals work effectively. Plenty of pre-production is needed to know when motion is needed and when it isn’t.

Are gimbals necessary for every shoot? Absolutely not. Neither are tripods, technically, but most video producers will tell you they’ve kept one with them even when they didn’t think they would need it. For video producers trying to capture attention in the scrolling world of social media video, or those trying to attract bigger clients with something impressive, a gimbal is not only a necessary piece of gear to have access to, but a necessary one to master as well.

Conversely, maybe you could argue that gimbals have become a style – and styles fade, don’t they?

Yes, gimbal video production offers affordable solutions to the type of camera movements video producers have wanted to make for a century. Those movements, however, aren’t often as nuanced as the movements made on a tripod or slider. Gimbal smoothness is instantly identifiable in the finished product. A gimbal shot almost always makes the camera appear to float, relies on a wide-angle lens to make focusing easier and often features low or high angles that gimbals have unique access to. In other words, gimbal shots have a look. If that look doesn’t change, isn’t refined or doesn’t develop over time, the gimbal shot could face the same fate as the 70’s zoom, rarely seen today due to its dated affect. If that’s the case, then gimbals aren’t necessary, they are a luxury, one we perhaps shouldn’t be overly excited to embrace.

Ultimately, though, we don’t think this is the case. Gimbals can be used subtly, and their usefulness as a potential time-saver means video producers will find new ways to keep them relevant. The Steadicam certainly didn’t peak in 1983, and it’s doubtful that gimbals will peak now – on the contrary, the technology is still only developing, something that is plain to see with the likes of the Ronin 2 and MōVI Pro, game changers that are really pushing the technological boundaries.