Back in May, our friends from Hotwolf and MTV asked us to help them out with a quick shoot. A month later, the smell of gun powder filled up our car parking! It was time for some explosive video marketing!

The UK government declared 2018 as the Year of Engineering. Hotwolf and MTV came to us with a brilliant idea to inspire young women to pursue a career as an engineer. The main concept revolves around material engineer Lauren Howe and how commercial glitter can be made eco-friendly. A big part of the story was how plastic glitter particles harm marine life in our seas and oceans. And as such, they needed some glitter based under water explosions to really show the impact. The final result is in the video below:

Our friends at Hotwolf produced the main video and it was our job to facilitate and capture the explosion. This task consists of two main elements that have to work together. Firstly, we need to be able manage a controlled explosion under water and secondly, we need to capture it on digital film in super slow-motion. Both of these elements have there own specific challenges to create some explosive video marketing.

In order to create the desired effect, we took a step by step approach. There aren’t many examples out there that you can just copy. We had to figure everything out ourselves. Luckily, our professional crew knew what to do.

Filming under water with such an expensive camera poses a few challenges. It was a risk we were not willing to take. As such, our first attempt to see how to capture an under water explosion used a small fish tank. Our resident licensed pyromaniac prepared a small charge and brought the glass tank over the give it a go. The result, however was…. well it was a result:

So after blowing up the fish tank and mopping up the water, we headed back to the drawing board. Based on our experience with the first experiment, we quickly decided to go bigger and use a plastic instead of a glass container. With a bit of luck, we were able to recycle an old 1000 liter water container and prepped it for the shoot. I felt like a Mythbuster for a day!

So with the tank sorted, it was time to focus on the actual explosion part in our explosive video marketing. There are many different explosives available for licensed pyrotechnics to create different effects. In our case, we needed an explosion that showed a glitter dispersing through the water. In our first tests, we actually managed to burn glitter under water. And I’m not kidding here. We used a combination of different explosives, tested it and filled the tank with burned glitter particles. This test was based on our assumption that a suspended explosion would cause a radial burst, pushing all the glitter out first and thus resulting in a sphere of glitter. We were wrong. Burned glitter was the result.

After much trial and error, our solution was inspired by a good old party popper. We needed to keep a distance between the actual explosion and the glitter to ensure that the pressure wave dispersed the glitter instead of having a flame burn it. Basically, we glued together some industrial plumbing material and built a party popper the size of an average human head! We had the boom we were looking for:

To film this explosion, we relied on our trusted Phantom VEO 640S to film the explosion in high-speed. This camera can shoot up to 10.000 frames per second. However, we didn’t know beforehand which frame rate would give us the best results. Again, this needed testing. It took multiple days of filming controlled explosions in different settings to make sure we’ve got the perfect one.

In the end, we ended up on 8000 frames per second. That basically means that when we playback 1 second of real-time events takes you 320 seconds to watch back. This allowed us to see the explosion in great detail. Check the video below to find out how we tested different frame rates and how the whole

We absolutely loved working on this project. From start to finish, it was a blast! (pun intended). However, this project highlights the importance of pre-production. The actual filming of the final shots was minimal. Knowing what to film and how to film is always the challenge. That’s a step in the explosive video marketing that shouldn’t be forgotten.

And thank you for taking the time to read this blog, here is a still from one of our shots. Filmed at 10.000 frames per second. Damn I love my job: 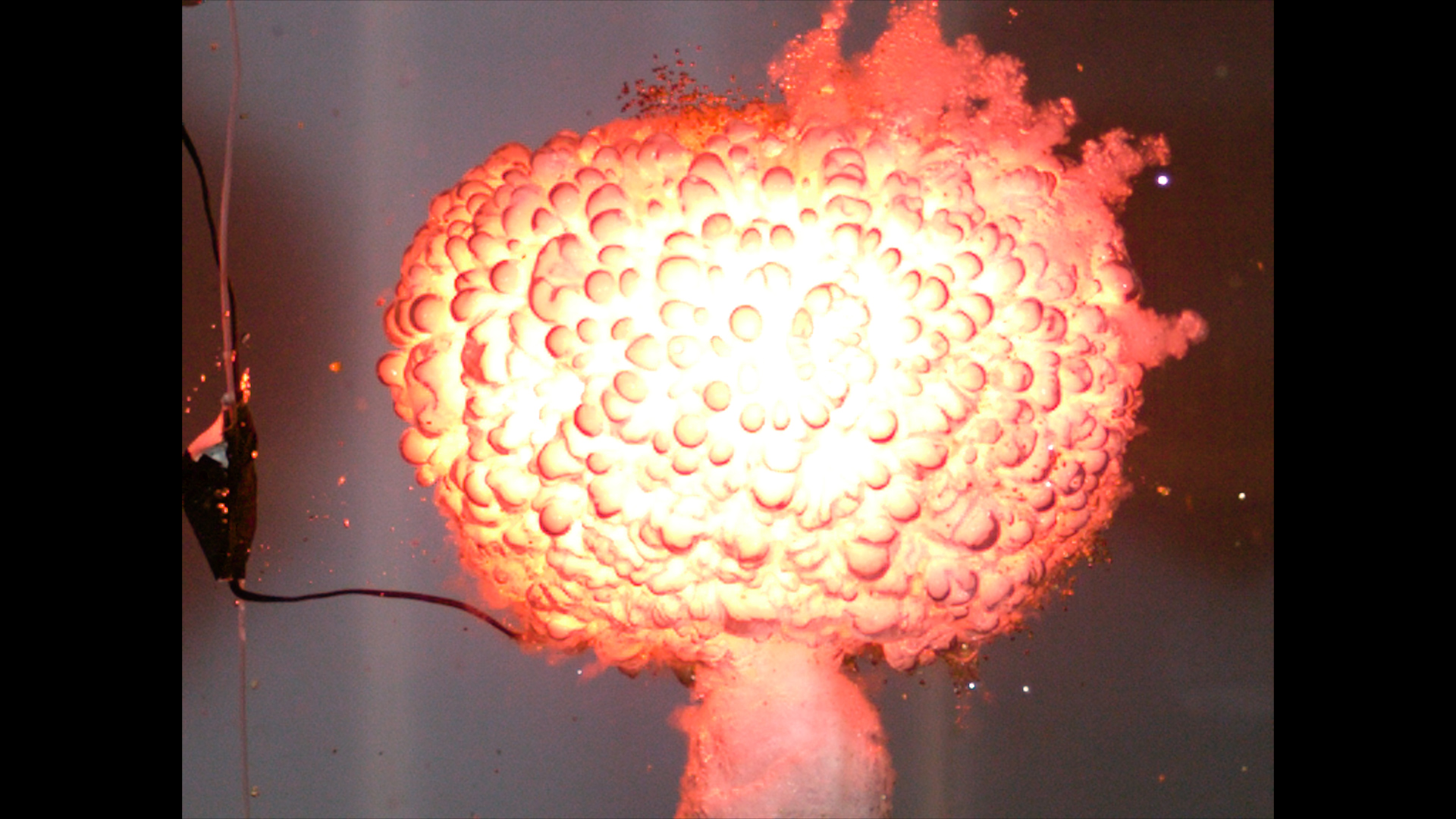