Give it to us RAW and wriggling!

The video community have always been quick to point out how simply untenable RAW file sizes and workflows are for a large swathe of budgets. While it is true that RAW video production is tricky, time consuming, and hard drive-filling, the benefits absolutely outweigh the costs. Even for quick-turnaround shooters, the precision, image-richness, and future-proofing RAW shooting options provide make it a must-have feature for any cinema camera today. 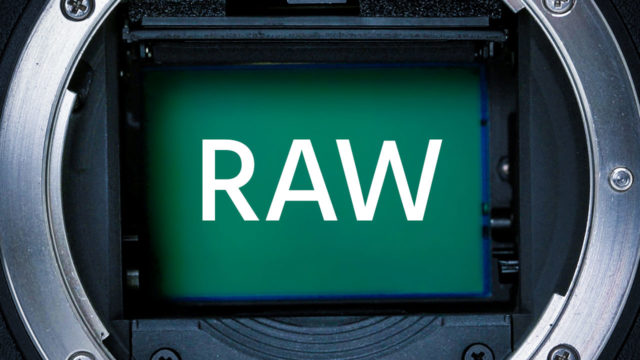 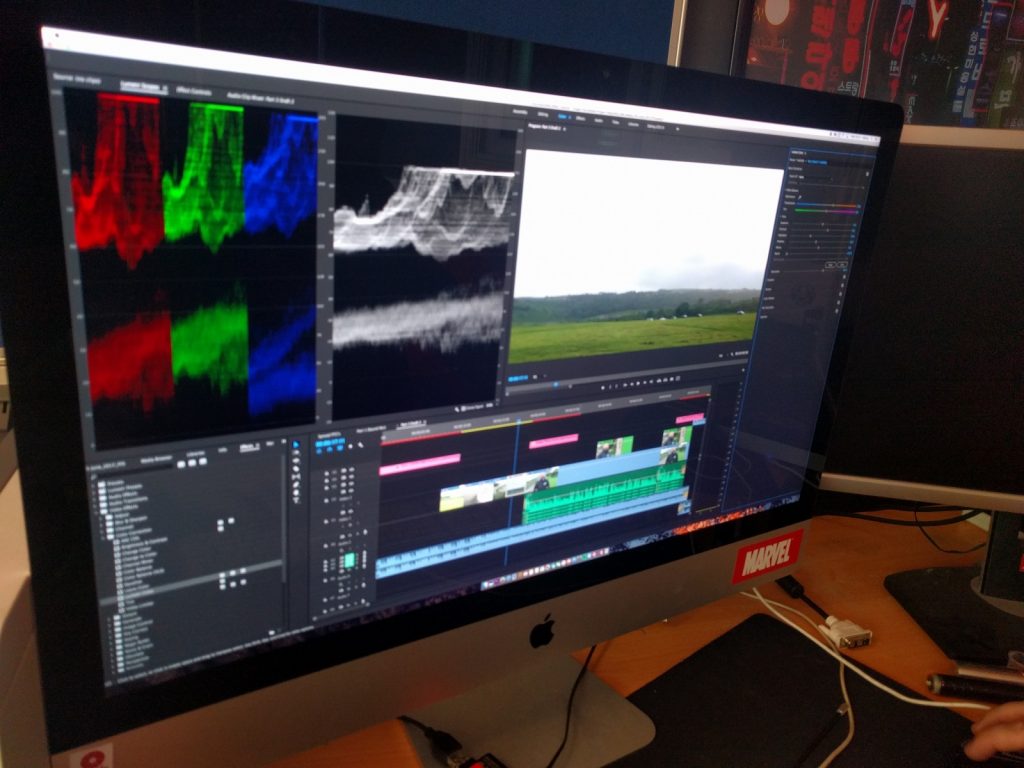 Put simply, RAW footage is the plain, unprocessed, data from the cameras sensor. To edit RAW footage as a moving image, it has to be processed in post with programs like Blackmagic Resolve, RED Cine-X Pro, ARRIRAW and in a limited capacity Adobe Premiere Pro. When shooting in other formats, the camera (or external recorder) will process what the sensor ingests into said format, losing sensor data in the process. With RAW video production, all of the data collected in the sensor is available to use in post.

Shooting in H.264 on a Canon 7D, for instance, compresses the file size to 1/18th of its uncompressed stream by only fully recording one full frame per half second, and taking in only visible changes to cover the other 14 frames (in 25fps) that aren’t being fully captured. Pair this with the picture profiles you recorded with and you’re left with very little data to play with in post. Any exposure fixes or colour changes you need could prove difficult and might result in your image breaking down.

Even with a larger codec, those risks persist, though to a lesser degree. Uncompressed video, which processes the footage into video but doesn’t apply any block, wavelet, or temporal-based compression is a great way to get a lot of information, but you still lose bit-depth (colour information). Uncompressed video usually comes in at 10-bit, giving you 1024 possible tonal values, whereas 12-bit RAW has 4,096 possible values.

Moreover, RAW data doesn’t permanently record the ISO and Kelvin (white balance) data, allowing it to be changed in post. To sum up the RAW video production experience, I will call on a fantastic quote from the brilliant author and film teacher Kurt Lancaster.

“To shoot RAW means to thicken the colour of video images, making them more dense—a lot more data provides more headroom to push and pull footage in post, to correct errors made during shooting, as well as to shape the look and feel of the film.”

The advantages are plenty and aren’t nearly as costly as they seem.

Yes, storage space fills up quickly when footage is shot RAW. An hour of 16:9 ARRI Alexa ARRIRAW footage will eat up about 605 gigabytes, the URSA Mini Pro takes up about 648 gigabytes in 4.6k RAW (CinemaDNG RAW), and the C200 comes in at around 512 gigabytes per hour. It’s a lot, especially if a backup or  RAW video. If storage is a problem, however, there are solutions.

When shooting RAW, major colour/exposure changes are made before the footage is processed, meaning that files can be vastly condensed to fit the projects needs before anything is added to a hard drive. The camera still needs hefty storage options, but backing up the footage to a computer becomes as friendly as it’s need it to be.

Not all RAW cameras shoot truly uncompressed RAW, which gives additional options. If 12-bit colour depth covers what the human eye is able to see, and truly RAW sensor data comes in the form of uncompressed RAW files, then the standard for pure RAW output would be 12-bit uncompressed RAW files. The ARRI Alexa XT can internally record RAW data this way at the price of nearly one terabyte per hour of footage. If that sounds like a lot (yes, it’s a lot), there are other options. 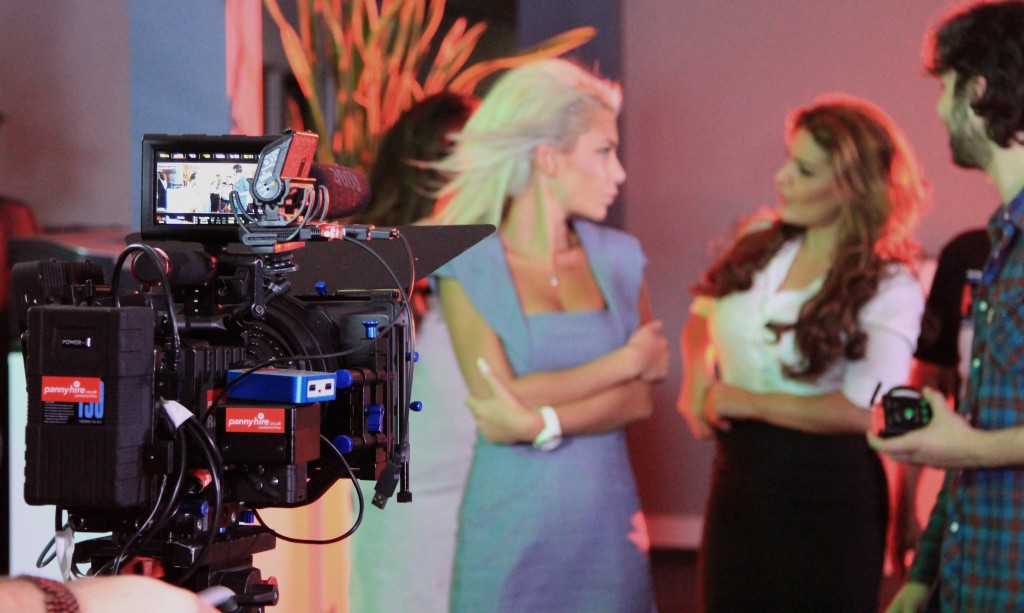 RED approaches RAW video production differently. REDCODE RAW (.R3D files) uses a variable bitrate wavelet technique that can compress RAW files at various levels for smaller storage space, and has improved from 12-bit to 16-bit over the years. RED .R3D files have also been optimised for different workflows, allowing for previewing and working with footage at lower resolutions while retaining the information of the full resolution image.

According to RED, wavelet compression at 3:1 is mathematically lossless, while 5:1 and 8:1 are visually lossless. This compression can allow for shooting RAW with smaller file sizes than shooting ProRes, which is some achievement. This isn’t a purist’s RAW recording, but for many the differences are negligible and they are overwhelmed by the benefits. As technology advances, more cameras will likely take the RED .R3D model, and many already have.

Sony’s CineAlta cinema cameras offer varying degrees of compressed RAW using external recorders, with the benefit being the ability to record at high frame rates and with high resolution. As noted above, the C200 takes a similar approach to compressed RAW with Cinema RAW Light. However, the first iteration of RAW for Canon’s cinema cameras, the one in the C500 and C700, is very different though.

With the Canon C700 camera, Canon joins ARRI as having the closest to a purely RAW output, with 12-bit depth. The Canon C500 records 10-bit external instead of ARRI’s 12-bit (or Sony and RED’s 16-bit). Canon Cinema RAW (.RMF) files pridefully contain no processes applied to the data coming out of the image sensor. These are huge 4k files, bigger than 4:3 ARRIRAW at 2.8k. Cinema RAW Light (compressed RAW) looks like a different direction for Canon it remains to be seen whether the company maintains its RAW purity with its flagship line.

Finally, RAW recording isn’t all internal, shifting the gear up, external RAW recording adds to the cost. The C200 offers truly economical RAW options because it offers lower file sizes and records internally (as opposed to the C500, which requires an external recorder). The same goes for RED and post-Alexa classic ARRI cameras (internal RAW recording). Sony, on the other hand, only offers RAW via external recorder on its cameras. While that adds money and hassle to the production process, external recorders often provide the extra horsepower to add features otherwise unavailable internally, so they make sense for certain video producers.

It seems impossible to come across a review for a RAW camera that doesn’t mention how RAW video production isn’t an option for quick turnaround shooters. First of all, what is quick turnaround? Two days? One day? Six hours? Yes, I’ll concede that time-sensitive news coverage has little benefit for RAW video, but a lot of video producers who work in quick turnaround environments aren’t on such a short leash. RAW video production workflows are possible if you know what you’re doing, especially when shooting RED .R3D RAW which has native support in Adobe Premiere Pro, the .R3D files can be dragged straight to the timeline.

First of all, each batch of RAW footage is not some new, unexplored, colour playground. They  can be monitored through different LUTs and colour spaces while shooting, and have them ready in the project settings for processing. With a little pre-production organisation, the desired look can be established before shooting commences and get the footage processing the minute the card has been filled up. 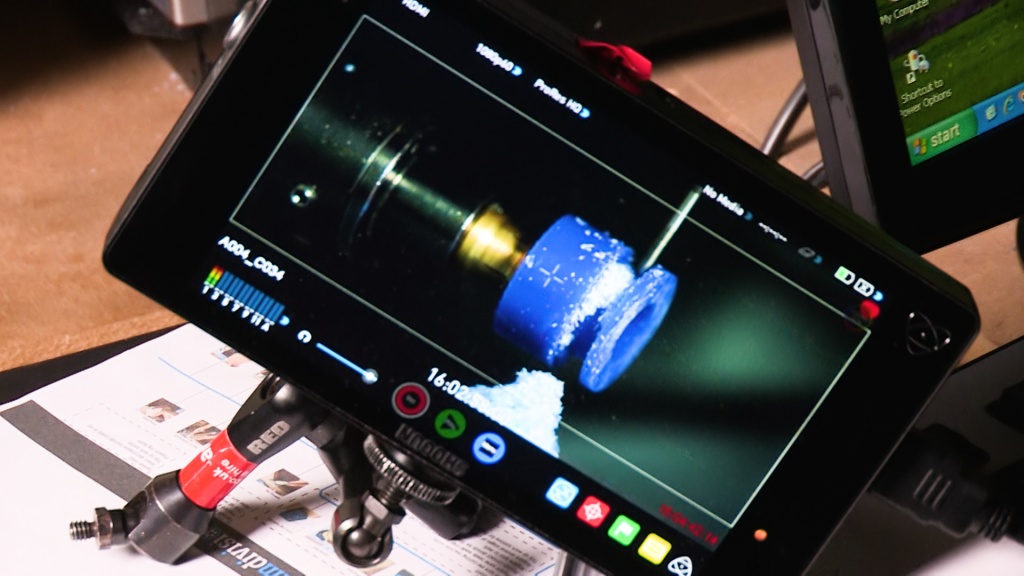 Working with a LUT on a Atomos Shogun 4K.

No time for specialised settings for each new project? Find a colour outcome and make it a default for every project. The director not only gets the rich images RAW provides, but they’ve also tuned the colours to their taste.

RAW Is Not Mandatory

Unless the shoot is happening on a Digital Bolex (R.I.P) or RED DSMC1 camera, the RAW-shooting camera has other recording options. When there is a project where RAW isn’t the right option, then don’t shoot with it! Do so when there’s a project where it would be beneficial for RAW to offer all of that flexibility in post-production.

But It’s Worth It!

With RAW, you not only get rich, beautiful colours and the ability to correct mistakes and adjust ISO and Kelvin (white balance) after the fact, you get creative freedom you aren’t afforded with any other codec. You can find the exact look you want without compromise and, if you change your mind, you can go back and reprocess that footage for an entirely different look later. RAW footage is the digital version of a film negative. Once you have that at your disposal, you definitely won’t want to go back. Do you think your next video project deserves RAW? Give us a call!