“You still haven’t answered my question”

You haven’t answered my question.
Quite right. Interesting. That was quicker than the others.

In the previous blog, we talked a lot about the technical side of video production terminology. Now it’s time to get mechanical and talk about the equipment that we use to give our videos a cinematic look.

Sometimes called a camera crane, a jib can take the camera higher than any tripod and allows for steady vertical movement. They can be moved in all directions as far as the length of the jib will dictate. These are great at establishing the scale of locations and showing them in a way that people haven’t seen them before. Jibs come in all shapes and sizes and are an inexpensive tool that can add real production value to any project.

Track and dolly or glidetrack is, in simple terms, a train with a camera on it. The dolly is a mount on which the camera and in some cases the camera operator sits. It is then pushed along a laid out track. For smaller spaces, this can be miniaturised in the form of a glide rail. This is a great way to add movement to shots as the camera follows a person or object as they move from one place to another. It is also a great tool for showing depth and keeping the pacing of a video going. Again this shows normal subjects in a new and interesting way.

Ever tried to hold a camera steady while trying to move at the same time? This is where the stedicam or gimbal come in. A stedicam is essentially a third arm of a camera operator. The operator wears a harness with a metal “arm” attached to it which is then fixed to the camera and holds it steady. This allows the operator’s arms to be free to operate the camera. There is also a new piece of filmmaking equipment called a gimbal which is based on the mechanism used on police helicopter cameras. Instead of a third arm, the camera is supported by a gyrostabiliser that keeps the camera level. In both tools, because the camera is not touching the operator’s body as they walk, the shakeyness is removed from the shot. This gives a sleak movement to the camera and allows it to go where the Track & dolly cannot.

Both of these tools also allow for extremely long takes like the one seen in Atonement.

A drone is an Unmanned Aerial Vehicle (UAV) with a camera attached. Some drones are small and have the camera built into it. Other larger drones allow you to attach cinema cameras to them. They both do the same job however, which is to show the grand scale of or area of a location. They show you life in a different way, like the POV of a bird of a plane.

Sam Mendes’ Skyfall was the first of the James Bond movies to use drones for filming aerial footage.

Martin Scorsese’s film The Wolf of Wall Street used drone cinematography to capture the aerial shots of the pool party.

If you’re considering using a drone for your next production, make sure that the piolot you hire holds a Permission for Aerial Work (PFAW) or similar license, issued by the Civil Aviation Authority. It’s illegal to commercially use a drone without one.

There are many kinds of lenses, but each lens is either a prime or a zoom lens and it’s all to do with the focal length. The focal length is the distance between the front of the lens and the image sensor or film negative. It dictates how close or wide your shot will be. A prime lens has a fixed focal length, which means in order to see more in your shot, the camera needs to physically move backwards from the subject or the subject needs to physically move backwards away from the camera. These lenses generally produce a high quality sharper image because there are less glass elements within the lens. They can also let in more light. A zoom lens is fairly self explanatory. You have the ability to zoom in and out without having to move the camera or the subject. These lenses are typically heavier, can’t let in as much light and are not quite as sharp. However they are great for shoots where you are pushed for time or need to be flexible with your shooting.

The four main lens types are again to do with the focal length. A wide angle lens does exactly what it says on the tin, it can show a wide area of the frame. These lenses also have more depth to them and can exaggerate the speed and presence of movement. A normal lens is pretty close to the way humans see with their eyes. This is generally used for filming other people so not to distort the features of their face. The telephoto lens essentially does the opposite of a wide angle lens. It reduces the amount of depth in an image and minimises the impact of movement. You would use this lens to show things closer together than they actually are. Finally, a macro lens allows you to film very small subjects such as insects and coins and show them right up close. This is a great way to see the detail and also the importance of tiny subjects. 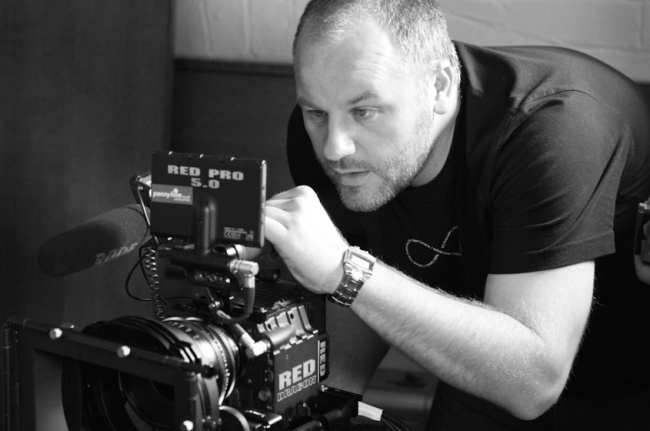 A very important part of video production terminology is the camera. There is a big difference between an ENG camera and a cinema camera. There difference between cinema cameras and regular video cameras are small but produce big results. The main factor being the camera’s image sensor. The bigger the sensor, the better quality the image and most cinema cameras sensors dwarf regular video cameras. They also have the ability to shoot in RAW. When a digital video camera shoots video, it creates video files which are compressed down. When shooting in RAW, the camera does not compress the footage, and simply keeps the image data straight from the sensor. This gives us unparalleled freedom in post-production in the colour grade and visual effects stage. Probably one of the biggest differences however is time. Cinema is an artform and it takes time to use these cameras to craft the light on set. However when given enough time, these cameras can produce fantastic cinematic images that can be really impactful on an audience.

Now that you’re up to scratch with the video production terminology, do you think its time make your first video?