At Film Division, our standard is to shoot all of our material in 4K. This also known as Ultra High Definition (UHD). You might wonder why we do this since currently TV content broadcasts at 1080i. And even most content for web video is 1080p.

There are several reasons why we do this. 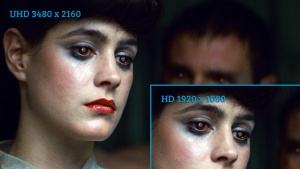 We have more information to work with in post production. Depending on the codec, Ultra High Definition footage has around 8.3 million individual pixels. This is four times more than HD, the image is sharper and more detailed, even when delivering the final video in HD. The increase of colour variation in the image means we can produce a more in depth colour grade, giving us that cinematic quality that we pride ourselves on. If we deliver the project in HD, it allows us to zoom in on certain parts of the image without losing quality, making the footage more flexible. 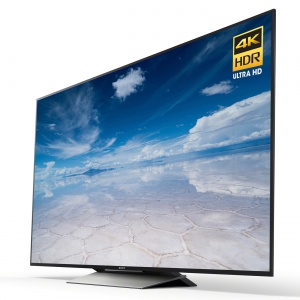 Ultra High Definition delivery is actually here. Adverts shown at the cinema are all displayed in 4K. Youtube has been streaming 4K videos for a while now. Audiences are also beginning to catch up with the technology with faster internet speeds and 4K TV’s. By 2025, more than half of U.S. households are expected to have a 4K-capable TV. Sony has just released its first phone with a 4K camera. And the new iMac 5K Retina screens are becoming a standard for all of its computers.

It’s only a matter of time before the technology develops further to where UHD is the new standard. By this I mean that it becomes the new standard. When this happens, having a back catalogue of archived Ultra High Definition footage means that you are already meeting this standard and will save you money in the long runs as material will not need to be reshot. As filmmakers who have been working in this industry for a long time, we thought to ourselves “why wait?”. We want to help bring about this change sooner rather than later and pioneer the advancement of digital video.

This decision was not made lightly as there many factors to consider when dealing with this technology.

Because good quality Ultra High Definition footage is so large, it takes up a large amount of memory, even when compressed by the camera. This means that in order to edit 4K footage, you need a powerful computer. This is due to the large amount of pixels in the footage. You also need fast storage and fast connections to access the large amounts of data quickly during the edit. The “pipe” (cable) between the storage and the computer needs to be fast enough to playback the 4K footage. USB3 is not good enough. Large storage is needed to hold the native footage due to their size. And taking into consideration a backup of this footage means the costs increase dramatically. 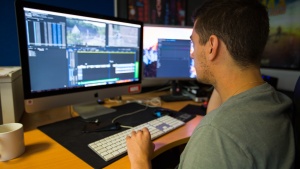 One methods of working could be by “proxy”. This means converting the 4K footage straight out of the camera to a smaller lower resolution for editing. Then after the edit is complete and sound is mixed, the footage is relinked to be colour graded and exported.

There are drawbacks to this however. Although they are smaller than the original footage, the proxy files will take up even more space on storage devices. You also need to add another step to the post-production workflow to transcode the footage to a workable format.

Overall, working in 4K is a costly and complex step for a video production company to take but ultimately, we want to produce the best video content possible. For us that not only means working hard on developing targeted video concepts and strategies, but making sure that the equipment we use and the level we work at is cutting edge. For this reason we also work beyond 4K, with our RED and Arri cameras and cinema prime lenses to deliver the cinematic look that you deserve.