Getting The “Cooke Look”

At Film Division we have available to us a set of Cooke Lenses. This might not mean much to the average person, but it should! We are often asked which camera we used to shoot a particular video. But very rarely are we asked about the lenses that were used. Yes, the camera itself does have an impression on the quality of the footage in the form of resolution, bit rate, sensor etc. The lens itself however is far more influential when it comes to creating cinematic quality imagery. It’s not just about the focal length of the lens either. The different techniques used to construct lenses by every manufacturer give each brand of lens their own unique attributes. For example, a brand of lens can have a remarkably different contrast to another brand. This is due to the steps in the manufacturing process such as the grade of sand used to construct the glass, to the different layers of optical coating. For this reason, Directors of Photography (DoP’s) will use a certain brand of lens for a particular look, or they will have their own personal preference based on what they like.

Contemporary cinema lenses are very sharp, which is usually a good thing. However some cinematographers may be looking for a softer image. A soft image does not mean it is out of focus. It has a certain beautiful, romantic aspect to it. This can be created by using older lenses for an image that is subtly soft. These lenses were not constructed with the latest computer-aided optical technology and manufacturing. That means that each lens will have it’s own individual characteristics. These older lenses also have a less sophisticated optical coating on the glass which is used to prevent internal flares and reflections. This coating has a very small degrading effect that softens the image. This becomes more obvious when the sun or another strong light source shines into the lens. The internal flares and reflections generated by this are very easy to spot in an old lens as compared to a modern one.

This brings us to a certain lens manufacturer that has captured this old school look and therefore held in higher regard above all the rest, Cooke Optics based in the West Midlands!

Cooke Optics is a camera lens manufacturing company based in Leicester. First forming in 1886 as Taylor, Taylor and Hobson to design and manufacture metrology instruments. In the 1890s The Cooke Triplet lens was licensed to TTH by another company.

Throughout the 20th century TTH produced and supplied lenses for the British camera industry, photolithography in the USA and Britain, and for cinematography. It also engineered a series of technical innovations for film and photography.

In 1998, Cooke Optics was formed as a new company following a buy-out of the Optical division of Taylor-Hobson. The company now designs and manufactures 35mm lenses for the film industry.

In 2013, the Academy of Motion Picture Arts and Sciences gave Cooke Optics an award of merit. This was in recognition that the company had “helped define the look of motion pictures over the last century,” with their innovations. These innovations included; zoom lenses for movie cameras and lenses that did not require high wattage lighting. All of this has resulted in a recipe for creating lenses that produce imagery which came to be known in the film industry as the “Cooke look”. Warm and natural moving images.

Cooke Lenses and the “Cooke Look”

So the “Cooke look” all comes down to a few different aesthetic factors including colour, contrast, bokeh, distortion etc. Cooke lenses produce very soft aesthetically pleasing optical flares. They also produce a very rounded depth of field which can really demonstrate the distance between objects in frame. Due to the coating used on these lenses, they produce very warm images which is perfect for portraying human skin and showing how alive a character is. Cooke lenses also have a butter smooth mechanical focusing system. This allows for a graceful roll in and out of focus when pulling focus from one subject to another. Sourcing a set of cinema lenses with that perfect combination of these characteristics for a specific visual look can be very difficult. On the other hand, if you’re looking for warm human skin tones alongside a smooth contrast and a slick amount of optical sharpness, then you’ve found the perfect combination in a set of Cooke prime lenses.

Have you ever used Cooke lenses in a video project? If not, then why not get in touch for your very own “Cooke Look” video! 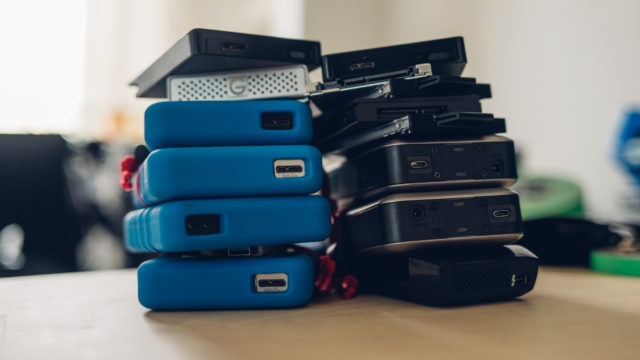 Philosophy in Focus: We Zoom In on the Principles Driving Stellar Creative Video Productions at Film Division

Martin Scorsese once said that if you’re a filmmaker, your main job should be to get your audience to care about your obsessions. Ever since Film Division started back in 2010, we’ve always made our obsession for crafting high-quality creative video productions known to our audience. It’s our passion for exceeding client expectations – from fleshing […]

Do you want us to create your cinematic trailer?

Any cookies that may not be particularly necessary for the website to function and is used specifically to collect user personal data via analytics, ads, other embedded contents are termed as non-necessary cookies. It is mandatory to procure user consent prior to running these cookies on your website.