In the Interest of Time… 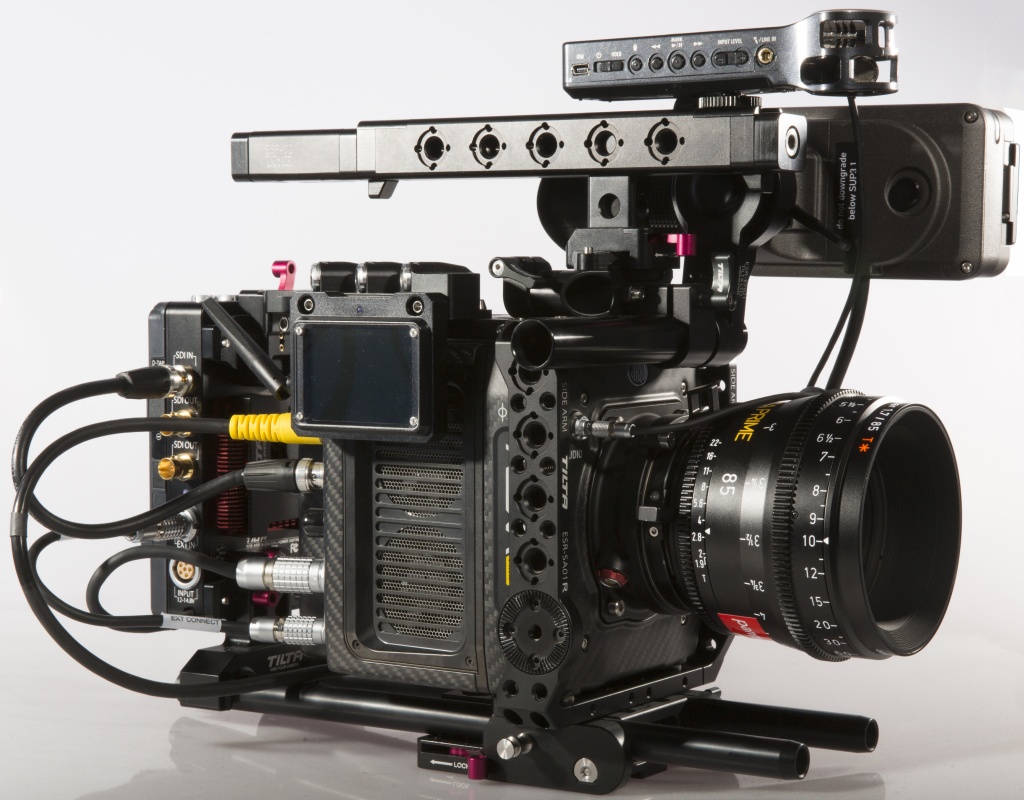 The Arri Alexa Mini is the choice of many filmmakers who want the best possible image for their production. The picture the camera generates is one of the most sought after images in the industry; With many choosing the Arri Alexa Mini brand over RED or Sony. There’s debate over which camera is the ‘go-to’ camera for the offices of Film Division, but for this production the team settled on the Arri Alexa Mini.

How the Project Came to be

Back in 2014, we pre-ordered the faithful Panasonic GH4 with the stock 14-140mm lens. I was so excited to not only shoot 4k, but also shoot slow mo (around 4x slower than real life) with what I still consider to be a great bit of kit (Although clearly by the nature of this post….I am admittedly now quite spoilt). I even remember the day we got it. The Tamworth Phoenix American Football Squad had conveniently commissioned us to create a short video for the team.

Fast forward a year and a half and the Tamworth Phoenix’s social media manager, Dan, invited me down with some other proactive members of the team to discuss a new video. Since they appreciated the first film and loved it quite a bit, I said to the group:

I’d love to be able to shoot something with a bit more of a production value for the team again. Something along the lines of a big ‘NFL’ style promo that you’d see for something like the superbowl.

At the end of that meeting we had a group of very excited people. Although we did have a problem – they were mid-season.

Basically we had a very narrow time frame to get all this done – training, set-ups & game time.

We had worked out that we had a training session and their next home game to get the footage that we needed. It allowed the entire team to be in the same place, and it ensured that we were going to get enough action shots from the whole team. It allowed us to be able to get the different levels of intensity, and a few more varied set pieces than it would going to just the game by itself – It also makes it a more genuine looking film thanks to the emotion coming from the players (because it’s important to remember that this is a sports team and not a group of trained actors.)

Planning was pretty key to this, luckily we know all about story-boarding and managed to get a reasonable storyboard done in quite a small time frame to be able to show to the crew and to the team themselves. Everyone from the crew to the team understood the shots that were needed and we all worked productively as a unit to get everything we needed.

Training went well, we didn’t film as many set ups as we wanted because the coaches wanted to focus on the game at hand. Fortunately, we got footage of quite a lot of the training drills and players studying technique, which worked out as a great list of shots we could cut between the impact action of the full game. Here we shot primarily slow motion since the Alexa Mini can shoot up to 8x slower than real life; I thought we should try and grab as much as we could to have the ability to speed up and slow down the footage creatively in post for dramatic effect.

We still wanted to set up a few shots but our problem was we couldn’t bring players out of training, so after training Dan suggested that we arrive pre-game when they’ve got players there for warm-ups, and fortunately a few of the guys said they’d happily come down a couple hours earlier for it.

So we arrived game day and set up our interior shots. Unfortunately the only space we had was the players changing room, so we needed to vacate that quicker than expected anyway so that we could let them prepare for the game.

Even though we cut it short, we got some great shots of the Phoenix jersey, some of the kit that they wear and some real intimate shots of the players game faces. We used only a few Dedo lights to light the scene; small, convenient and powerful enough for what we wanted to light – perfect for what we needed. I wanted to match the 2k that I’d gotten from the previous training footage, although Lou made the point of :

Why not just shoot it 4k, and crop in around the frame? You could create 2 or 3 different shots for each clip. Time saved.

4k really is a great way to shoot film. It’s less manageable that HD footage but theres so much more it offers in post production.

Which made sense. So that’s what we did. Although this did burn through quite a lot of our storage media incredibly quickly.

The team were incredibly helpful and understanding that these things take time, although it’s equally important to us that whoever were working with, either as a creative project for just us or with clients that we move as quickly and as carefully as possible.

We gave the team the time they needed for their pre-game talk, whilst me and the crew set-up for the game.

We ended up shooting a large mix of slow motion again. I would have dreaded getting a great shot and not being able to slow it down for a bit more impact in the final film.  We chose to have an EF mount on the camera to allow the use canon lenses, which ultimately gave us a lot more choice with what we could use. We used a very long lens to get in closer to the action – it did actually give us some of the best shots for the whole film.

The sound design for this project is incredibly important – take a look at a lot of any sports promo film and you’ll hear tons of impact beats, sounds that indicate transition and even incorporate lots of cinematic qualities. All in all this needed to feel epic. Our sound library at Film Division is incredibly vast, we have libraries full of sounds, music and atmospheres for pretty much any genre or style of video. It takes time to find the right sound but it takes even more to sound mix it in a way which completely transforms the video from good to great.

Fortunately, we came up with an idea quite early on to mic up one of the more…vocal coaches for the entirety of the game. So we put a lapel mic on him and captured his speech. We got the entire game on record and some of the lines he came out with were perfect to put in the film. A small hint of narrative from the boss man just adds more to capture the audiences attention, and the entire team can connect to on an emotional level, which is ultimately what we at Film Division shoot for.

Whether it’s a narrative film or a documentary, we choose to incorporate even some of the finer details into what we’re shooting to enable our content to connect to ours and our clients audiences.

Have a look at the final video below!